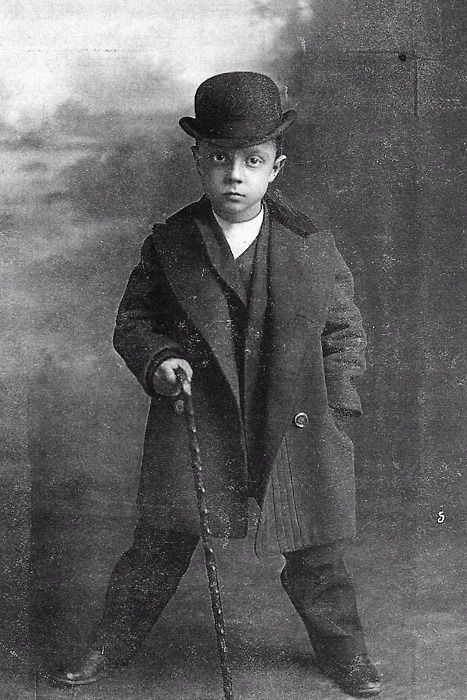 “I was then about six. I just put on my own jacket backward, held the sleeves together, hiding my hands, then wriggled, writhed, and grimaced as the audience had seen him do a few minutes before.”

I’m good friends with a six year old. He’s a very thoughtful, sweet and incredibly smart kid. Whenever I see him I’m constantly learning things about bugs, birds, trees, fish, excavators, trains, basket weaving techniques of indigenous cultures. . . you know, whatever’s on his mind. But I can’t imagine him devising a burlesque and then carrying it out before an audience. Not that my friend would even want to. He’s got more important things to do. Trees to climb, chickens to feed, bugs to discover and classify…

Granted, I don’t know any children of performers. And granted, Buster’s father might’ve instructed him before scooting him out on stage. And even more granted, I might be imagining something more nuanced than what actually happened. But still, I don’t feel like most adults (let alone children) possess the comic timing and showmanship that would be required to carry an audience through such an act. In imagining accounts like the Houdini burlesque it’s almost difficult for me to think of Buster as an actual six year old. More like. . . a pint-sized adult. A quarter-cup sized adult.

So when I come across an article that describes Buster, not as a genius miniature comedian, but as a curious, thoughtful, emotional little boy, it gets me right in the ribs.

Grace Kingsely described Buster as “always a rather shy, observant child. . . but so full of animal spirits that he frequently got into trouble. He was always rather uncommunicative when he didn’t know people well, but as he grew better acquainted was friendly, and if he admired anybody, they could have anything he had.” She goes on to tell of a small Buster falling in love with Lily Langtry, a fellow vaudevillian. “Buster never failed to bring his lady love some offering to her dressing room. One day it was a marble, another day it was an apple, another day a bottle of cheap perfume. And he made her sprinkle it on her handkerchief, too, though she admitted afterward that its odor fairly smothered her!”

In the same article Buster talks about his own childish rowdiness:

“I guess I was a regular Peck’s bad boy about that time,” said Buster the other day, as he was waiting for the director to call him on the set at his Hollywood studio. “I used to smash up so much stuff that folks began to say I was well named Buster. Vaudeville acts always have to pay for all the theatre’s property they break, so father and mother sometimes found their checks much depleted at the end of the week.” (Movie Weekly, 1922)

I recently came across this gem, which I hope very much is true, because I find it hilarious.

Yet another little article describes Buster’s incredibly reckless curiosity. And his boy-like mesmeric love of machinery.

This article shows a little boy Buster interacting with the adults around him. In a super endearing way.

And, one of my very favorites, Buster mixing with the boys. Do you think he delivers the monologue because he’s embarrassed?

Anybody out there have some favorite examples of Buster’s rowdy boyhood? I’d love to hear them.